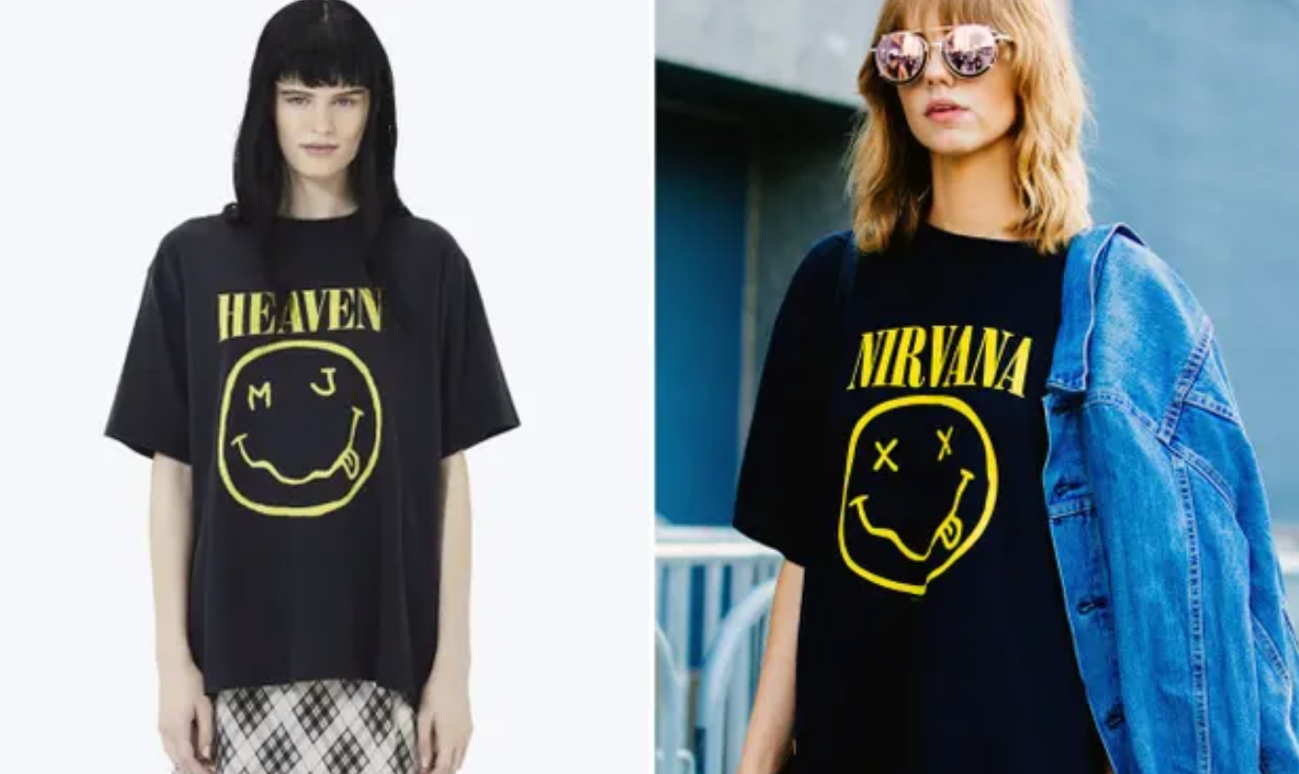 In 2018, the company Nirvana LLC sued the famous designer Marc Jacobs -among others- for the use of the “Smiley Face” symbol, which is attributed to Kurt Cobain. This “Smiley Face” has been registered in the US Copyright Office in favor of Nirvana LLC under no. VA0000564166.

In November 2018, Marc Jacobs launched a new collection called Redux Grunge in which he used the well-known Nirvana “smiley” logo slightly modified. The designer’s Redux Grunge collection features a cartoon “smiley face” similar to the one used by Nirvana as their logo, along with the word “Heaven” printed in the distinctive serif typeface used by the band.

Following this launch, Nirvana’s legal representatives filed the corresponding nullity lawsuit before the California Central District Court alleging improper use of Nirvana’s distinctive sign, a copyright and trademark infringement, as well as an act of unfair competition.

Thus, in the face of this lawsuit, the Marc Jacobs company answered claiming that Nirvana is not the legitimate owner of the registration of the rights of the smiley face. Additionally, he alleged that the clothing collection does not copy all the characteristic details of the logo, and that the designer’s intention was to redesign and reinvent the logo, not to copy it.

The judge accepted the lawsuit arguing that Nirvana does have the rights to the Smiley Face design and logo, and considered that both designs were very similar and that it could lead to some intellectual property infringement. The judge also highlighted that consumers could also be misled since Marc Jacobs’ design also used black and yellow colors, which are very characteristic of Nirvana’s designs. And, if that wasn’t enough, the Marc Jacobs logo was located in the same place where the Nirvana logo is characteristically placed.

This is why the judge concluded that consumers could be confused and think that Nirvana was collaborating with Marc Jacobs.

Currently, Marc Jacobs continues to claim that Nirvana is not the copyright holder of the “Smiley Face” and that there is no similarity between the smiley face created by him, and that of Nirvana. Additionally, the company also argues that the public does not associate the “Smiley Face” with Nirvana and, more importantly, that the symbol does not have inherent distinctiveness, nor does it fulfill the essential function of distinguishing.

Finally, the company claims that its products are aimed at a different type of consumer with a higher price range and that their products are sold at other outlets. This is how they defend themselves against allegations about the risk of consumer confusion.

We will see what the future holds for both companies, as the case remains open.